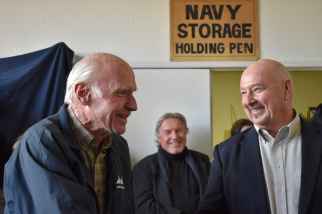 On January 9th, SBMM renamed its Collections Facility, the Kieding Collections Chandlery, in honor of one of its founders. Robert Kieding was the long-time owner of the Santa Barbara Chandlery (now West Marine) and one of the primary forces that led to the establishment of SBMM. During its opening years, he served as President and… Read More