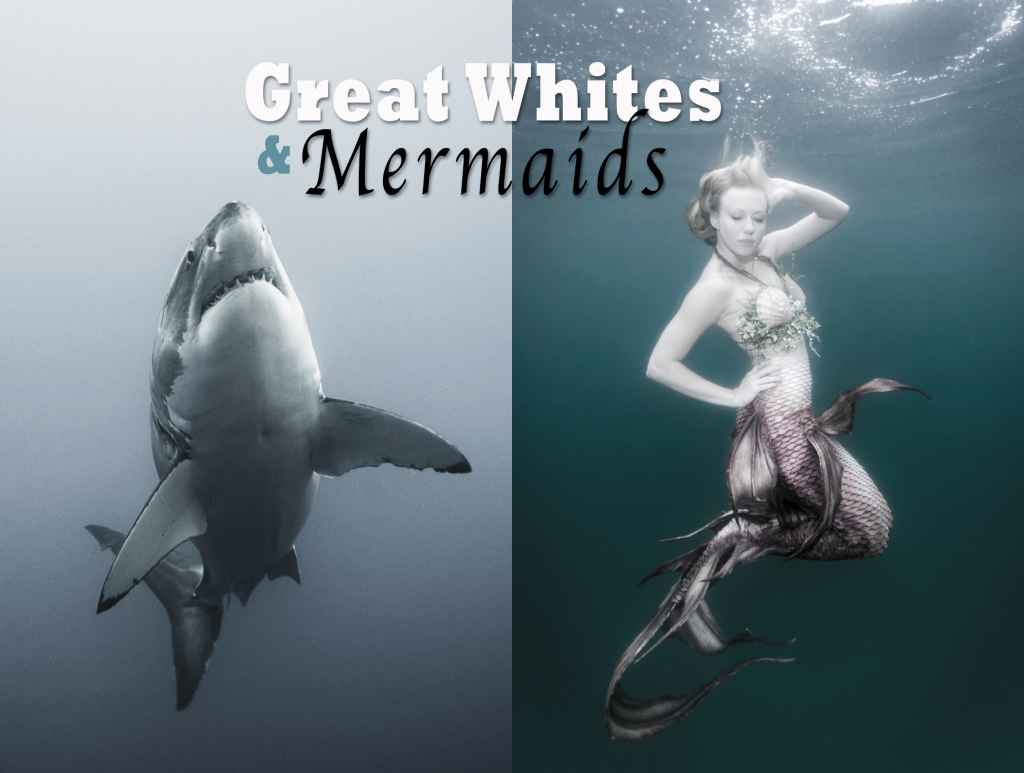 What better way to celebrate Valentine’s Day than a date with “Great Whites & Mermaids?” A look back at some of Ralph Clevenger’s underwater adventures over the past 45 years, including an in-depth view of the underwater photography course he taught at Brooks Institute of Photography. Clevenger will show portfolios and share stories of his commercial assignments, stock photography, and personal work.

Ralph A. Clevenger grew up on the coast of North Africa and began diving in the waters of the Mediterranean Sea at the age of 7 with his father. In the early 60s, he was strongly influenced by Jacques-Yves Cousteau films and television shows on the underwater world and decided early on to become a marine biologist when he “grew up”. He eventually went on to study zoology and worked for the Scripps Institution of Oceanography in San Diego as a diver/biologist before attending Brooks Institute of Photography. Clevenger was a senior faculty member at the Brooks Institute for 33 years, teaching courses in Natural History and Underwater Photography, among other photo and video courses.

Based in Santa Barbara, California, Clevenger is pursuing his passion for the natural world by specializing in location photography and video projects of eco-travel, environmental portraits, wildlife and undersea subjects.  He’s traveled throughout the world on assignment for clients such as; Fox Sports, University of California, California State Parks, Denali National Park Wilderness Center, National Marine Sanctuaries, MacGillivray-Freeman Films, Light & Motion Industries, and others.  His publication credits include; Audubon, Afar, Islands, Oceans, Nature’s Best, Outside, Orion Nature Quarterly, National Geographic, Terre Sauvage, and other national and international publications. He is the author of the book Photographing Nature, published by New Riders.