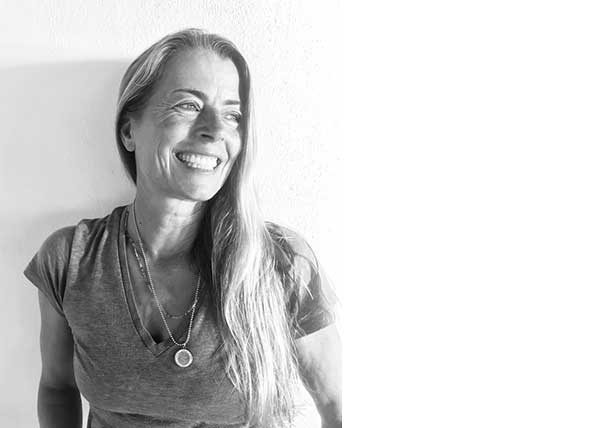 Greg Gorga, our Executive Director, had the opportunity to speak with Santa Barbara filmmaker Heather Hudson before our film screening on November 19th.  Register for the free screening here.

1.Tell me about Marge Calhoun: Marge was a surf pioneer and an icon.  She won the 1958 Makaha International in Hawaii.  In 2007, when I was creating my first film, “The Women and the Waves,” (“The Women and the Waves 2” came out in 2016) I wanted to feature a range of female surfers, from young to old.  Linda Benson agreed to be part of that film, but I also wanted someone older.  I asked Marge, who was in her eighties at that time and about 20 years older than Linda.  Marge and I spoke on the phone, but she was a very private person and would not go on camera.  She agreed to be included, but I only used old footage and a cover photo from “Surf Guide” (a popular magazine in the 1960’s).   When Marge saw the film, she appreciated being a part of the project, and she wrote me a two-paged, handwritten thank you letter. We became pen pals after that until the end of her life. I never got to meet her in person, but she was a role model for me growing up surfing in the 1970’s, when there were not a lot of female surfers to look up to.

2.How did this film come about? In 2017, when Marge passed away, I was saddened. I had saved all her letters written to me, and put them in into a notebook, in chronological order. The letters reminded me of her positive attitude that remained even as she aged.  Though her body was slowing down, her mind was sharp, and she continued to see the cup half full. The film is narrated in her words, her stories. I am so grateful to Marge’s daughter Robin Calhoun for opening her home and heart to me (and in addition, the family photo albums!).

3.What was it like for Marge, a Californian, to win the 1958 Makaha International Championship? Marge was blown away when she won. In California, she started surfing later in her life, in 1955, when she was already in her 30’s. But she was drawn to the bigger waves in Hawaii!   She and her friend, Eve Fletcher, lived out of an old panel truck for a month and surfed all over the shores of Oahu.  Someone encouraged them to enter the contest.  And much to Marge’s surprise, she won! Buzzy Trent mentored her. Peter Cole and Ricky Grigg helped her too through the years.

4.Marge was also a swimmer and a diver- did she compete in those sports as well?  Yes. From a young age, Marge was drawn to anything that had to do with water.  She grew up in Hollywood and her father would take her to Muscle Beach in Santa Monica.  As a diver, she was an Olympic hopeful, but unfortunately the Olympic games were cancelled due to WWII.  She also performed in water shows at Marineland of the Pacific in Palos Verdes.  She enjoyed swimming with the dolphins there.

5. “93 – Letters from Marge” features the original theme song Salty Utopia by Ventura sisters, Annalie & Malia Ilagan. Can you tell us about this song and why it fits as the theme for your film? I noticed these sisters a few years ago when they surfed with their parents at Rincon.  I had heard a few recordings of them.  Annalie plays the ukulele and she and Malia harmonize so well together!  One day, I asked Annalie if they had any original music, and she said no, that they only play covers.  I told her a few things about Marge and the film, and that I was looking for original music.   A month later, we saw each other again, and out of the blue, she said, “I wrote you a song.”  The song includes the phrase, “poetry in motion.”  Coincidentally, I’d been playing with the idea putting Marge’s written words on the screen at different points of the film.  The song is beautiful, and it was just such a perfect fit and a wonderful metaphor for not only Marge’s words but for surfing as well!  We recorded the song in a professional studio, and it came out great. Music is such an important part of my projects. So, this film features a lot of great musicians, including Denny Aaberg and Simone Reddingius (The Wrinkled Teenagers), Sam Adams, Land N Sea, Amanda Sandoval, Cheyenne Skye and more.

Register Now for the Film Screening

Enjoy clips of music from the film & the official trailer