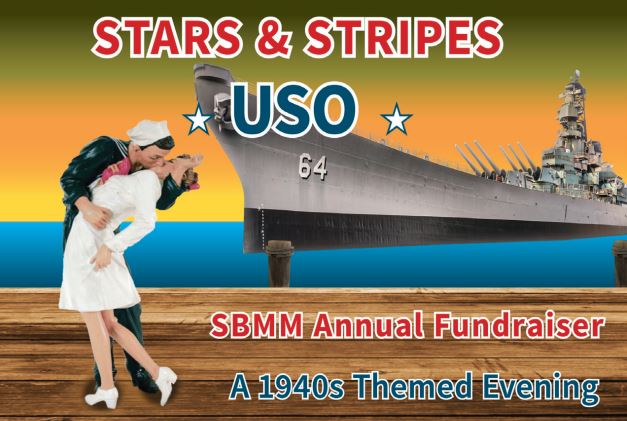 All are cordially invited to join us at the Santa Barbara Maritime Museum for an evening of fine dining, while stepping back into the 1940s for a USO Tour with Bob Hope and Groucho Marx. Entertainment will include the sounds of the Andrews Sisters, Glenn Miller, Woody Herman, Johnny Mercer and more.

We encourage dressing in the style of the USO 1940s such as Military & Medical Personnel, Movie Stars, Socialites, Dancers, Hollywood Canteen, Rosie the Riveter and more!

cast of local talent, and John Palminteri, to Emcee the event, the evening will delight and entertain. Showcasing a delicious menu has been prepared by Pete Clements Catering with dining selections from the Titanic’s first-class menu, paired with wines by August Ridge Vineyards and Alma Rosa Winery and Vineyards, as well as Champagne provided by Touring & Tasting.