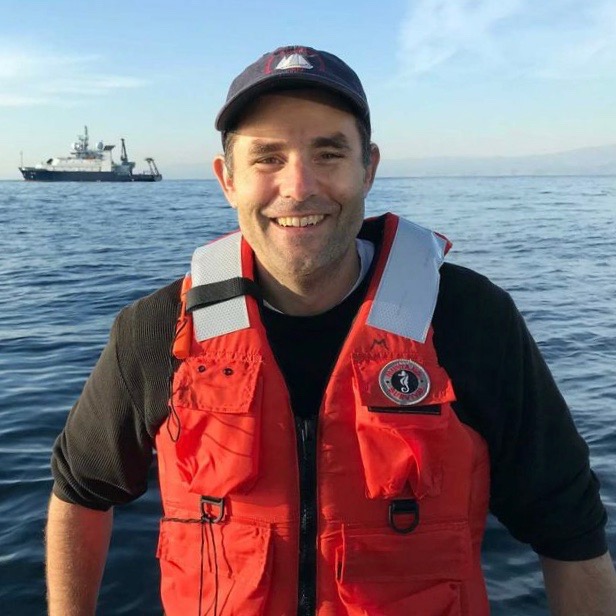 The Santa Barbara Maritime Museum (SBMM) is proud to present “Found…A DDT Dumping Ground near LA and Catalina!” a free Zoom webinar with Dr. David Valentine, the Norris Presidential Chair in Earth Science of the University of California, Santa Barbara (UCSB). This presentation will take place on Thursday, October 21 at 7 pm PDT. The webinar is free, but registration is required, and donations are welcome.

In January 2019, Dr. Valentine revealed an unexpected discovery off Catalina and Los Angeles… hundreds of ruptured waste barrels and abundant DDT 3,000 feet below the water’s surface. That finding, along with the realization that the toxic chemical may be causing cancer in sea lions and getting into the human food chain, has led to a massive seafloor mapping exercise to discover the extent of the problem.

Professor Valentine, who has been named a 2021 Fellow of the American Academy of Microbiology, first came across the barrels in 2011 when he was studying microbes in deep ocean methane seeps. As part of his studies, he returned to the site and conducted tests, revealing DDT contamination 40 times worse than that of the DDT Superfund site in Palos Verdes, potentially as a result of deliberate holes that were made in the barrels to allow them to sink. Then, this year, using high tech robots, a team of Dr. Valentine’s collaborators mapped a broader area and identified tens of thousands of barrel-like objects. In this important presentation, Professor Valentine will describe his work and the issues caused by the DDT that are affecting the Channel, the ocean and marine life.

About the Speaker: Professor David Valentine
David Valentine, PhD, has been a Professor of Geochemistry and Microbiology at UCSB since 2001, where he holds the Norris Presidential Endowed Chair in Earth Science. He is the founding director of the Marine Science program in the College of Creative Studies and is the director of the Marine Science graduate program.  He is a man of many interests, who has described his professional interests as “microbes, molecules and their milieu,” and focused on the intersection of microbiology, chemistry and Earth science.  His projects have included hydrocarbon seeps and spills, ocean exploration, and the microbial technology to address social and environmental problems. In October 2020, Professor Valentine made front page news in the LA Times with his discovery of industrial scale dumping of DDT in the ocean off Los Angeles; and more recently, he was recognized locally for his work with Heal the Ocean, Harry Rabin, State Senator Hannah Beth Jackson, the California State Lands Commission, and Interact to locate and cap old, leaking oil wells in Summerland.

This event is generously sponsored by Marie L. Morrisroe.