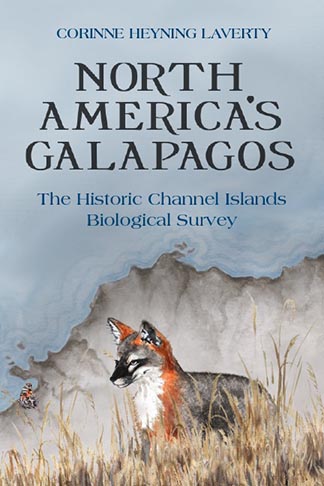 Cost: Free to the community   Donate

Register for the Zoom Lecture

North America’s Galapagos: The Historic Channel Islands Biological Survey recounts the story of a group of researchers, naturalists, adventurers, cooks, immigrants, and scientifically curious teenagers who came together in the late 1930s to embark upon a series of ambitious expeditions never before, or since, attempted. Their mission: to piece together the broken shards of the Channel Islands’ history and evolution. California’s eight Channel Islands, sometimes called “North America’s Galapagos,” each support unique ecosystems with varied flora and fauna and differing human histories. The thirty-three men and women who set out to explore the islands hoped to make numerous discoveries that would go down in history along with their names. More than eighty years ago, a lack of funds and a dearth of qualified personnel dogged the pre-WWII expeditions; but it was only after America entered the war and the researchers were stranded on one of the islands that the survey was aborted, their work left for future scientists to complete. This untold saga of adventure and discovery is juxtaposed against the fresh successes of a new generation of Channel Island scholars, and attempts to unravel the answer to the age-old question: how and when were the Americas populated?

Corinne Heyning Laverty will present a stunning slide show featuring beautiful color and historic photographs of California’s eight Channel Islands and the pre-WWII scientific expeditions that went out to them. Her discussion will highlight not only the beauty of the islands, but the unique animals and plants that live nowhere else on the planet. She will introduce the scientists who dared to do what no one before or since has done and then conclude with a synopsis of what was accomplished and what happened to them the day the Pearl Harbor bombing stranded them on an island in the Pacific Ocean.

Corinne holds a B.S. in Business from the University of Virginia, and an M.B.A. from the University of Southern California. She spent more than twenty-five years of her professional career in banking and finance, holding positions as Director, Senior Vice President and Vice President in numerous bank departments including treasury, risk management, Venture Capital, lending, and syndications. In addition, Corinne has served on the Board of Directors of the Aquarium of the Pacific, as Vice Chair, Marine Conservation Research Institute, president of the American Cetacean Society Los Angeles Chapter, member of the National Board of Directors of the American Cetacean Society, and founding editor of Algalita Marine Institutes’ online newsletter, and is one of only 229 members of the All Eight Club, composed of the people who have set foot on all eight Channel Islands. She has published in Western North American Naturalist, Lonely Planet, Eco Traveler, Whale Watcher, and Pacific Currents, among other publications.

A timely, well-written, and outstanding book that is sure to be of interest to archaeologists, biologists, museum professionals, and the general public. Both engaging and readable, Laverty explores an important museum collecting expedition and challenges us to think about the importance of museum collections to science and society. —Torben C. Rick, Smithsonian National Museum of Natural History

NOTE: To get the most out of the lecture, consider reading Corinne’s book prior to our gathering. It is available through the University of Utah Press website. At checkout, use the promotional code VIRTUALISLANDS after you add both the hard copy and e-book to receive free shipping and both versions for the price of one.