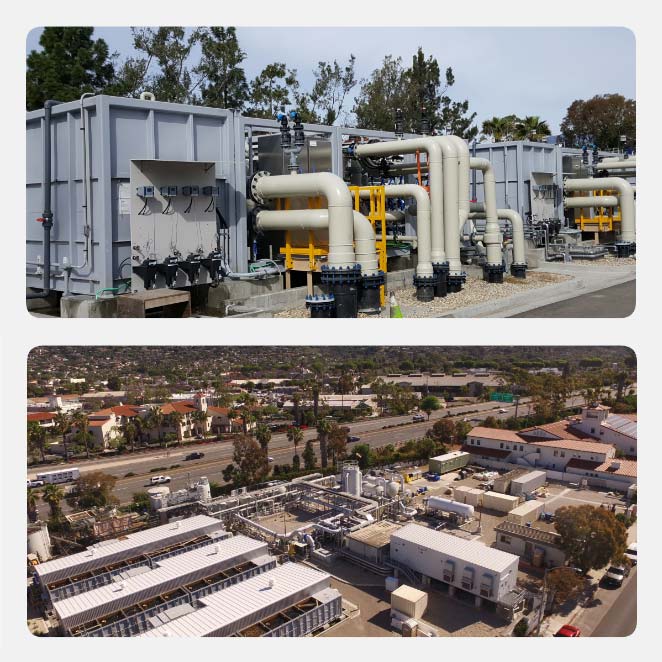 The Santa Barbara Maritime Museum will present “Water Solutions: The Charles E. Meyer Desalination Plant,” a free Zoom webinar with Malcolm Hamilton and Gaylen Fair on Thursday, September 16, 2021, at 7 pm. They will discuss the City of Santa Barbara’s water supply and a history of the desalination plant from initial construction through to the recent reactivation of the plant The presentation is free, thanks to the generous sponsorship of Marie L. Morrisroe, but registration is required.

Did you know that the City’s Charles E. Meyer Desalination Plant produces 3 million gallons of drinking water on a daily basis, which accounts for about 30% of Santa Barbara’s use? Originally built in response to severe drought in 1991, the plant was placed in standby mode through the 1990s and 2000s when other water sources—primarily Lake Cachuma—were sufficient to meet the City’s need.

In 2015, in response to drought conditions in the area, officials decided to reactivate the plant and take advantage of state-of-the art technology.  This new technology included a screened ocean intake structure equipped with one-millimeter openings, diluted and diffused brine discharge, and high-efficiency pumps and motors to reduce the plant’s overall electrical power demands. For anyone concerned about our local water supply, water shortages, and how desalination helps, “Water Solutions: The Charles E Meyer Desalination Plant”, a presentation by two of those most familiar with desalination in Santa Barbara, will be informative.

According to Malcolm Hamilton, one of the evening’s presenters, “Desalination is an important component of the City’s diversified water supply portfolio, and we are excited to continue our public outreach and educational efforts with the Santa Barbara Maritime Museum.” The speakers will examine the current operation of the plant, including the reverse osmosis treatment process, facility layout, total cost of operation, and a tad bit of chemistry. Finally, the presentation will wrap up with a conversation about upcoming construction projects, a recent water supply agreement with Montecito Water District, and the role of desalination in the City’s water supply portfolio. 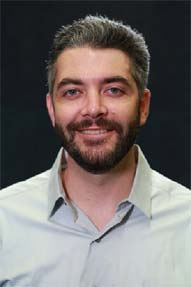 Malcolm Hamilton was born and raised in Santa Barbara and received a bachelor of arts in economics and accounting from UCSB. He has an extensive background in municipal financial management, beginning his career in the development and analysis of departmental budgets and special assessment districts for the City of Santa Barbara. Currently, Mr. Hamilton works as the financial officer for the City of Santa Barbara’s Water and Wastewater utilities, managing numerous financial projects, such as the formation of system development charges, preparation of continuing disclosure statements and state and federal grant applications, management of the rate-setting process, and participation in wholesale water supply negotiations. In his role as the financial officer, Mr. Hamilton assists in the administration of the desalination plant operating contract and, prior to the COVID-19 pandemic, led public tours of the desalination facilities. 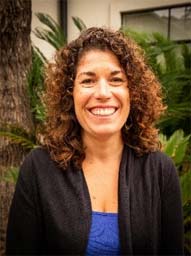 Gaylen Fair, also born and raised in Santa Barbara, received a bachelor of science in chemistry from UCSB and a master of public administration from California State University-Northridge.  Ms. Fair began her career as a laboratory analyst in the City of Santa Barbara’s Water Resources Laboratory where she monitored water quality throughout the city.  She has served as laboratory supervisor and acting wastewater manager for the City of Santa Barbara and assumed her current position as water quality superintendent in August 2020.  As the water quality superintendent, Ms. Fair oversees the Water Resources Laboratory, the Sewer Lateral Inspection Program, and contract management for the third-party operators of the City’s desalination plant.

Since 2000, the Santa Barbara Maritime Museum (SBMM) has featured many artifacts and stories to share the history of the Santa Barbara Channel with more than 40,000 visitors annually and provides year-round experiential maritime history and marine science education for local youth. Featuring the impressive First-Order Fresnel Lighthouse Lens from Point Conception, SBMM’s current exhibits explore the History of Oil in Santa Barbara Channel & Chumash Use of Asphaltum, the Honda Disaster, and Wives and Daughters: Keepers of the Light.