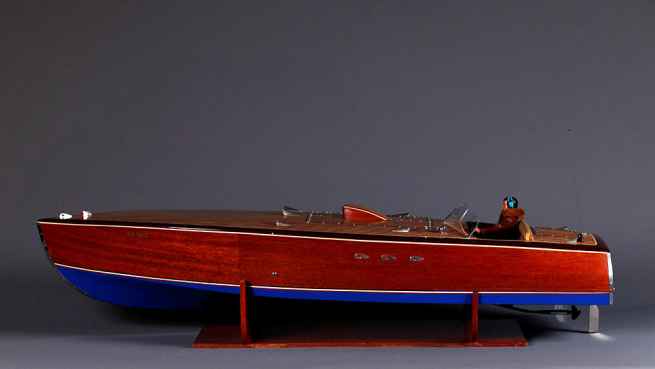 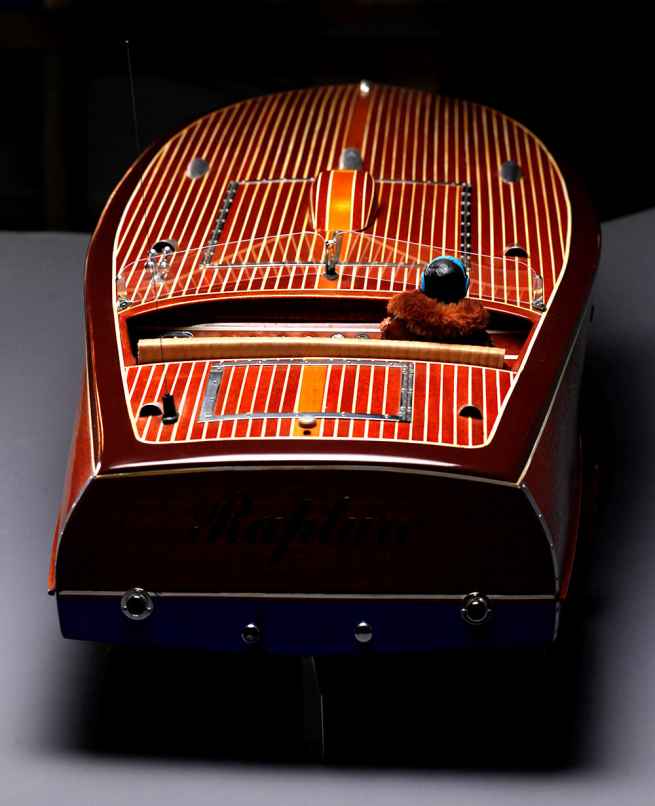 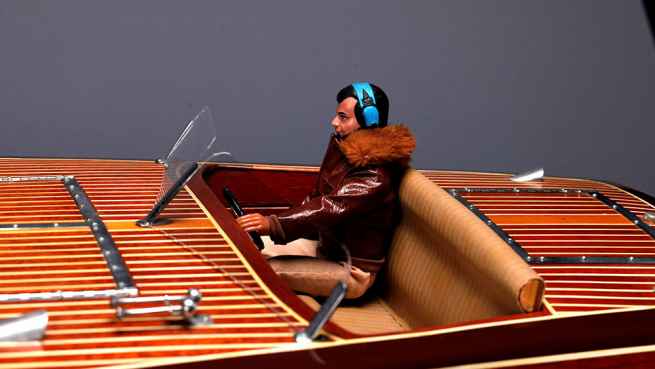 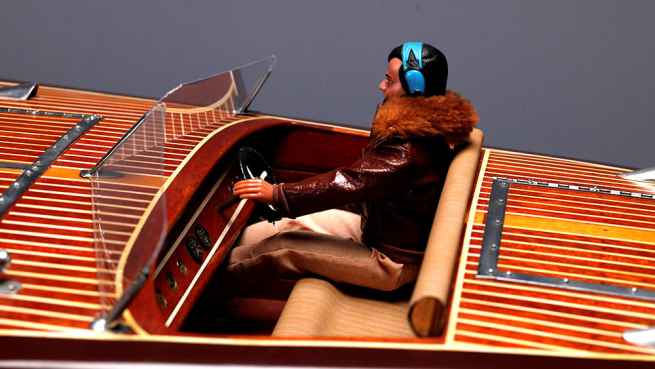 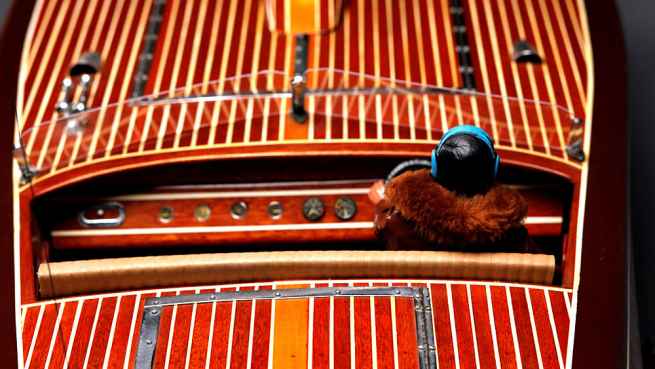 Radio controlled model "woodie" runabout, powered by a Olympic 41cc, 2-cycle gasoline engine. Rapture is styled after a classic runabout, Fantasy, that appeared in Classic Boating. This is the only model Dwight built where the planking is completely visible. After completing the model Dwight went on to build a full size version from the model. Rapture is built utilizing plank on frame construction with mahogany bulkheads, planking and decking. Fiberglass and resin is applied below the waterline. Topsides and interiors are finished in marine varnish. Below the waterline is finished in Dietzler Acrylic paint. The model is powered by an Olympic 41cc engine converted to marine use by adding water cooling. The propeller is direct driven through a flexible cable. An electric pump supplies cooling water at idle and cools the dual exhaust stacks. Radio control is through two channels of a Futaba radio system.The model was featured in the February/March 1989 issue
https://floatiesswimschool.com/clomid-online/
of "Scale Ship Modeler".