SANTA BARBARA MARITIME MUSEUM TO CELEBRATE ITS 20TH ANNIVERSARY WITH ITS FIRST-EVER VIRTUAL GALA AND ONLINE AUCTION—Opening May 29!

SANTA BARBARA MARITIME MUSEUM TO CELEBRATE ITS 20TH ANNIVERSARY WITH ITS FIRST-EVER VIRTUAL GALA AND ONLINE AUCTION—Opening May 29!

The Santa Barbara Maritime Museum (SBMM) first opened its doors on July 29, 2000, with the unique mission to present and interpret the rich and diverse maritime history of the Santa Barbara Channel including important environmental issues. Now, SBMM is turning 20 and sailing on to new horizons, expanding and improving its many exhibits and educational activities for all ages.

Traditionally known for our fun-filled celebrations—a Night on the Titanic, a USO tour, and Passport to the Caribbean—The Museum had planned an exciting surfing-themed fundraiser for this year, honoring surf legends Shaun Thomson and Renny Yater, with Gregory Harrison as the Emcee, Hawaiian shirts and attire, hula dancing, music and classic surfing videos.

Due to the limits on public gatherings, however, and to do our part for the health of the community, SBMM has decided to replace our traditional in-person annual fundraiser with our first ever week-long gala and online auction. On Friday, May 29, 2020, members of the public will be able to log in to this special celebration on https://sbmm.org/20thsurf/ and hear from our speakers, view exciting surfing moments in history, and bid on auction items including artwork, vacation stays, vintage surfing memorabilia and clothing, and much, much more. This event also gives participants the opportunity to help support and sponsor specific museum activities and exhibits by “raising a virtual paddle” for our children’s educational programs, lectures, new exhibits, and other special events throughout the year. Did you know that your contributions make it possible for us to provide free and low-cost programming for children enrolled in Title I schools and after-school programs?

Shaun Tomson a former World Surf Champion, was named one of the 10 Greatest Surfers of All Time. With a Bachelor’s in Business Administration and a Master of Science in Leadership from Northeastern University, Tomson has created two popular apparel brands, Instinct and Solitude and shared his academically tested Code Leadership Method around the world. He is an author of two best sellers–Surfer’s Code and The Code—Power of “I Will,” produced and co-wrote the documentary film Bustin’ Down the Door (2006) and is a past Board Member of Surfrider Foundation and the Santa Barbara Boys & Girls Club. Tomson’s iphone app Surf Creatures is featured in SBMM’s Surf’s Up! Santa Barbara Exhibit.  Learn More About Shaun Tomson

Reynolds “Renny” Yater was one of the first commercial surfboard builders of the 1950s, a generation that put surfing on the map. As the sport of surfing has continued to grow and flourish, so too has Yater’s reputation as a leading contributor to the surfing industry and producer of innovative new boards. Yater’s two most popular surfboard models were conceived in the 1960s. From 1965-66, he shaped the Yater Spoon, one of the most innovative surfboard designs of the time, and he produced this model until longboard-style surfing went through an evolution in 1968. From 1969-72, he produced the Pocket Rocket, a surfboard designed with Hawaiian surfing in mind, riding the crest of the short board era. In the 1960s, Yater’s customers included surfing legends Joey Cabell, Gordon Clark, Mickey Dora, Felipe Pomar, Kemp Aaberg, Bob Cooper, Bruce Brown and John Severson. Learn more about Renny Yater. 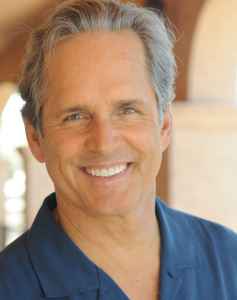 Emcee Gregory Harrison, an actor, surfer, and close friend to Shaun Tomson, was born on Catalina Island and was one of the original members of the Surfrider Foundation. He played the role of Chandler in the 1987 surf film North Shore, among many other films and will be  recognized by many for his role as Dr. George Alonzo “Gonzo” Gates on Trapper John MD. Speaking of his role as the Emcee for SBMM’s online gala, Harrison said, “I’m so pleased to be able to be a part of honoring those two legendary fellows.”

The Santa Barbara Maritime Museum has been named one of the top 10 maritime museums in the United States by Marina Life Magazine as well as 2019 Non-Profit of the Year by the Chamber of Commerce of the Santa Barbara Region! It is located at the historic Santa Barbara Harbor at 113 Harbor Way, Suite 190, Santa Barbara, CA 93109.

For more information about SBMM’s 20th anniversary, history and events that are planned as part of the Museum’s celebration, visit our website at: https://sbmm.org/20thsurf/ or call (805) 962-8404 for details.