The tall ship Spirit of Dana Point was docked in the Santa Barbara Harbor for most of October. Formerly the Pilgrim of Newport, the 118-foot schooner allows students to experience life at sea as it has been for hundreds of years. 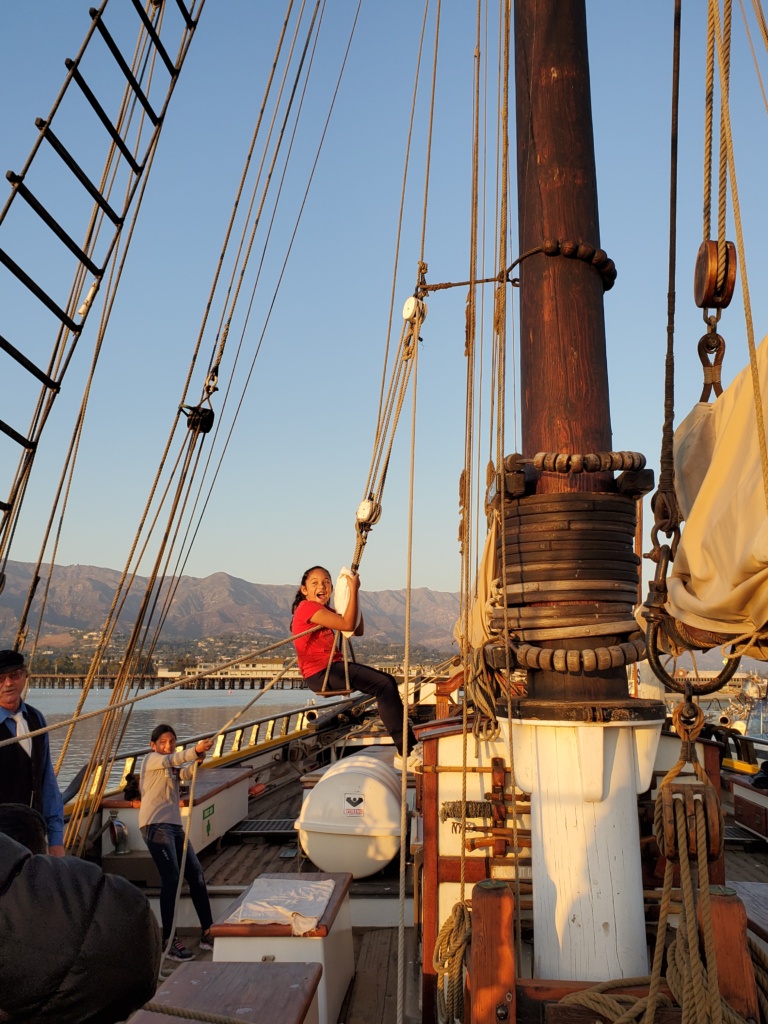 This past September/October 2109, SBMM completed its nineteenth year of hosting the Spirit Program and served 406 students from 20 classrooms–12 of which were from Santa Barbara County Title I schools. Students that participated in the program were from Santa Barbara, Goleta, Santa Ynez, Solvang, and Santa Maria. Costs of the program, including full scholarships and busing for students from Title I schools, were covered by grants and donations made to the Santa Barbara Maritime Museum.

The Spirit Program is based on Richard Henry Dana’s book, Two Years Before the Mast. This past month, fourth-grade students “signed aboard” as greenhands for a two-year “voyage” from Boston to Alta California in the 1830s. While immersed in early California history and working with a variety of dynamic historical characters, the students gained skills in cooperative learning, teamwork, and communication as they hoisted cargo, rowed long-boats, raised sails, stood night watch, swabbed the decks, and sang chanteys. Accompanied by adult crewmembers playing the part of the book’s characters, students experienced Dana’s 1835 port call to Santa Barbara during an overnight stay aboard the Spirit.

“Being on the tall ship was a once in a lifetime experience that the students and I will never forget. The knot tying, chantey singing, and star-gazing during night watch will be wonderful memories they will take with them forever. More importantly, the lessons learned around independence and self-reliance, as well as teamwork and problem solving will serve them well in their future endeavors.”