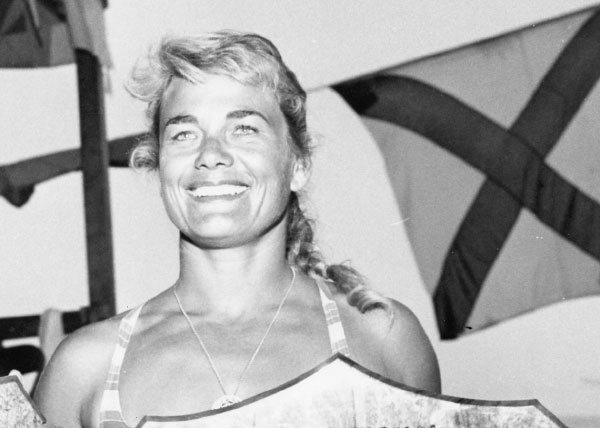 Take a deeper dive with The Women and the Waves 1 & 2 filmmaker, Heather Hudson, in Episode 4 of The Deeper Dive Series. 93 – Letters from Marge is a new film about surf pioneer and icon, Marge Calhoun (1924-2017), and is told through letters she wrote during the last years of her life. This sweet and personal film shines a light on the 1958 Makaha International Champion, an inspiring woman who lived life to the fullest. More about the film

Heather Hudson is a film producer living in Santa Barbara, where she is a community volunteer, a wife and mother of two sons. The one constant in Heather’s life is her absolute love for surfing and the ocean. After receiving a bachelor’s degree in Sociology from UCLA in 1984, Heather worked in advertising until she became a full-time mother in 1991. In 2007, she started her film production company, Graciegirl LLC, and created the groundbreaking documentary surf film, “THE WOMEN AND THE WAVES.” In 2016, the follow-up documentary THE WOMEN AND THE WAVES 2″ was released to the delight of audiences worldwide! And both of those earlier films were also screened at SBMM. For 18 + years, Heather worked with “Heal the Ocean,” a successful Santa Barbara-based non-profit citizen’s action group committed to ending ocean pollution. In 2012, she was named to the Heal the Ocean Board of Directors where she heads up fundraising and events.