About the Mural
How many times have you walked through the Santa Barbara Maritime Museum and past the Gail and Barry Berkus Children’s Gallery and only dimly been aware of the 16-foot by 6-foot mosaic wall mural?

How did this beautiful work come to be at the Santa Barbara Maritime Museum? Following a one-person exhibition that local artist Patti Jacquemain had at the museum from September 2014 through February 2015, Emily Falke proposed an idea for her to create a large mosaic mural to be installed at SBMM.  The subject of the mosaic was a collaboration between Falke and Jacquemain and depicts life above, in, and on the three elements of the ocean in the Santa Barbara Channel. Look closely at the image above, and you will see them:

The design of the mural involved the creation of eight separate panels that, when completed, were “woven” together with grout to form a single 16’ wide by 6’ high mural for installation on the main wall of the new Gail and Barry Berkus Children’s Gallery.  The museum secured multiple donations to implement the project, which was completed and installed in time for its grand opening on December 18, 2015. When it is was unveiled, it was the largest mural that Patti had ever created, and it is believed to consist of over 15,000 individual tile pieces. 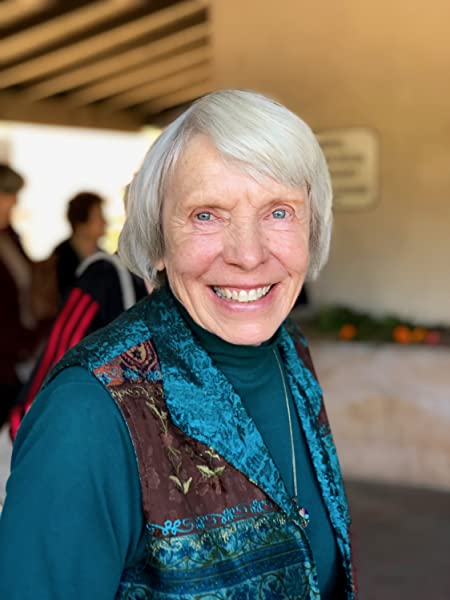 Born in Detroit, Michigan, Patti Jacquemain grew up on a lemon ranch in Santa Barbara and attended local schools. After graduating from high school, Jacquemain attended the Chouinard Art Institute before returning home and earning a Bachelor of Arts in Painting and a Master of Fine Arts degree in Printmaking from the University of California at Santa Barbara (UCSB). Since then, her work has expanded to include mosaics.

Jacquemain’s art reflects her travels and experiences around the world, including living and working on a sailboat exploring the East Coast and watery themes, a trip to Italy that sparked her interest in mosaics, and time in Montana becoming more familiar with wildlife. Today, the scope of her work includes printmaking and mosaics, generally related to nature and grouped by theme—water and landscapes, flowers, grasses, and wildlife.

Jacquemain has had over 30 one-woman exhibits of her original woodblock prints across the country; and many of her prints have been reproduced and published as greeting cards and calendars that have been distributed internationally. Over the past 10 years, she has also created numerous mosaic murals for private and public commissions that can be found throughout Santa Barbara County, including Goleta Valley and Santa Barbara Cottage Hospitals, the Wildling Art Museum, and the Botanic Gardens. Her latest commission is a large mosaic to be permanently displayed at the Visitor’s Center at UCSB’s new North Campus Open Space entrance.

Jacquemain has written and illustrated five books relating to wildlife and the environment.  In 2018 she was featured in a documentary film, “The Artist and the Great Bear,” that was shown in the Santa Barbara International Film Festival.

In 1997 Ms. Jacquemain founded the Wildling Museum of Art and Nature, located in Solvang, CA, and in 2002 she founded the Creekspirit Wildlife Foundation in Santa Barbara, which is dedicated to the continued protection and preservation of California’s wildlife.

She is married to David Gledhill, a retired US Army veteran and has been a Santa Barbara resident since 1983.

Watch Patti Jacquemain’s SBMM presentation about her work from January 15, 2014, “Heads and Tales.”