Most modeling projects begin with some knowledge of the subject boat, airplane, train, car, or other object and then move on to finding plans for a model or the original or a kit, with the intent of building a replica. The story that goes with our model of Rapture by Dwight Brooks is a bit more complicated.

As Dwight wrote in his Scale Ship Modeler Magazine article about Rapture, “Classic Boating magazine had run an article with pictures of one of the most beautiful runabouts I had ever seen. It turned out to be a 19-foot aft-cockpit boat called Fantasy that had been built by the Mayea Brothers back in Marine City, Michigan. The company has been around for the past hundred years and the Mayea brothers still continue to maintain these kinds of boats and produce custom hulls from time to time.” Larry Mayea agreed to send Dwight pictures, but not plans for Fantasy. Working from the photographs and adjusting the boat’s lines to get the look he wanted, Dwight designed and built the model that is in the SBMM collection with the intent of eventually building the full-sized version. Building the model presented Dwight with some new challenges. Prior to Rapture, all of his large models were balsa planking over plywood frames, which was then covered with fiberglass and painted. Balsa is easy to bend to shape, and filler could be used to fair the hull before fiberglassing. The paint would cover it all. Rapture was built with mahogany planking. Each plank had to be fitted perfectly and grain and color matched to the one next to it, because it would all be visible under the varnish.

The next modeling challenge was the fittings. There were no commercially available fittings in the scale he was working in, approximately 1:5. So all the fittings had to be hand crafted out of brass and then chrome plated. He was able to make a few of the fittings from aluminum and polish them to a chrome like finish. The hatch hinges are commercial items in brass, which he had chrome plated. Happy with the lines of his five-foot model, Dwight began the search for, first, a naval architect who could turn his model into plans for a full-sized boat, and then for a yard that had the rare skill of building wooden boats. He called an old friend, Bill Garden, in Victoria, British Columbia (BC), who accepted the design challenge after seeing the pictures of his model. Bill in turn recommended Bent Jespersen in Sidney, BC, to build the boat. 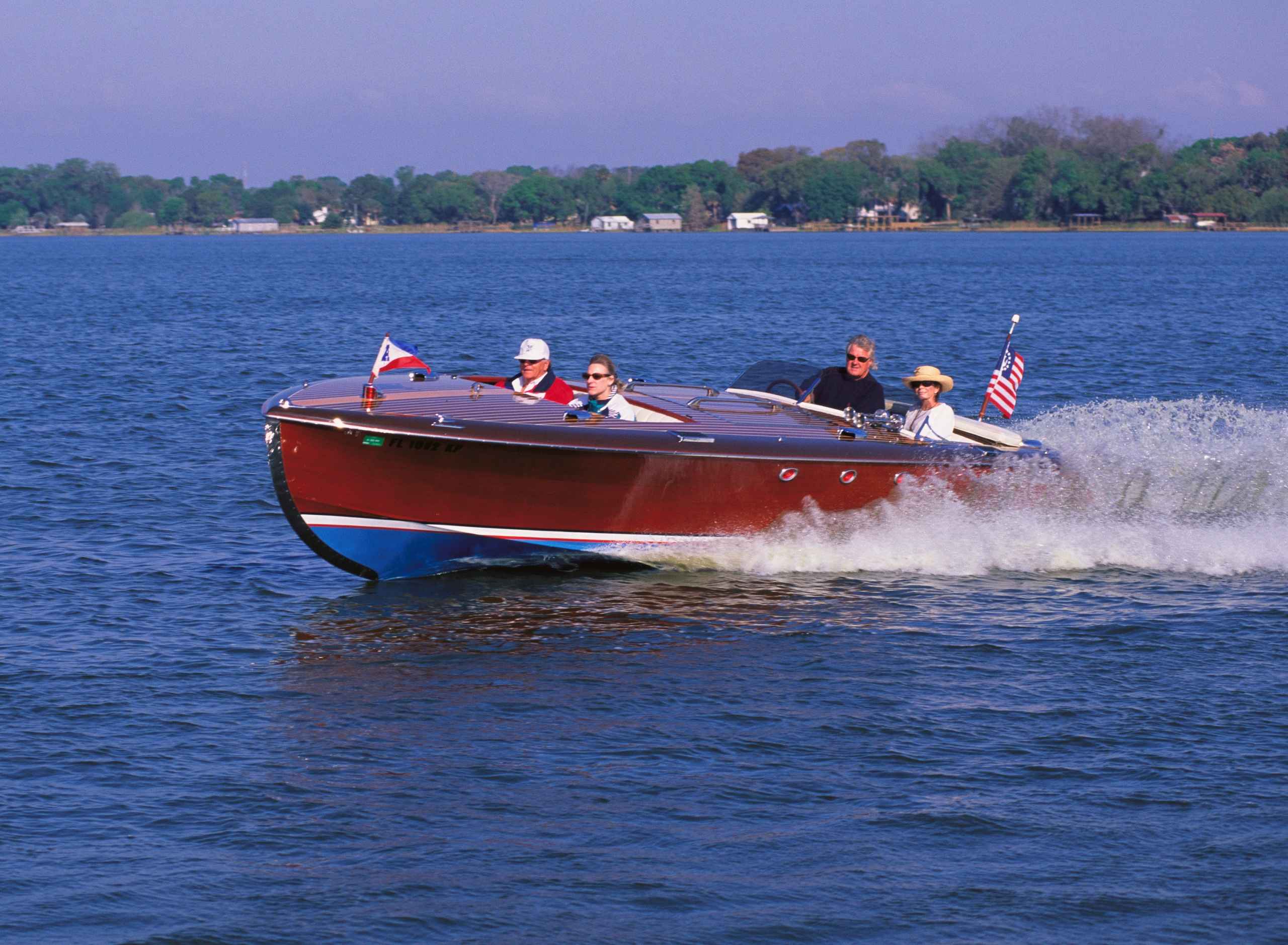 Finished in June of 1988, Rapture was trucked to Dwight’s cabin on Gull Lake in Minnesota. A frequent boat show trophy winner, she was featured in the March/April 1989 issue of Classic Boating. In that article, Dwight said, “Although I am from St. Paul, I have lived in California for the past 25 years. I truly miss the boat on a daily basis because she is so much fun to run.” Since Dwight passed in 1996 Rapture has had several owners. For a long period she was in a private collection and held in storage. Now she is back in the water and once again featured in Classic Boating, in the September/October 2019 issue, looking as good as she did in 1988.