Home » Museum Logbook » Curator’s Log: And the Award Goes To… 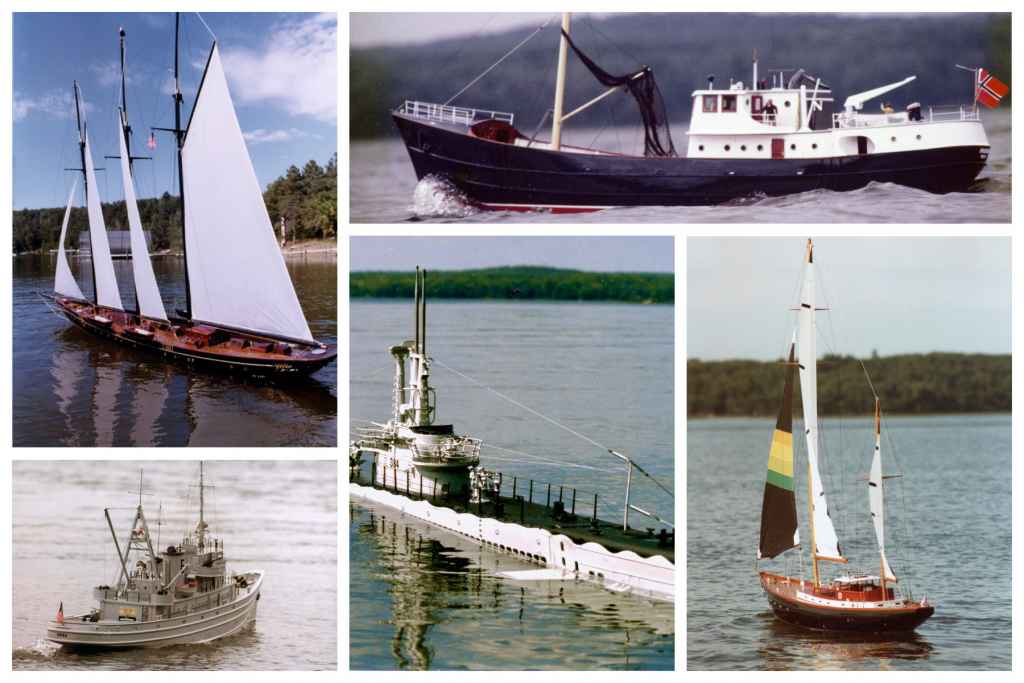 After seeing the Brooks models visitors often ask which one is biggest, fastest, most complicated, most realistic and many other comparisons.

So I thought, what if we had People’s Choice Awards for the models.  It might go like this:

Most Detailed
Although PT-168, U-406, Pampanito and Cree have very fine details, enough to fool the eye in photographs the standout winner of this category is Gulfstreamer.  Dwight kept a photo album of each of his large models recording progress as he built them.  Gulfstreamer has three.  The first with about 200 photos is a record of the details of the original Gulfstreamer, the second records the construction of all the cabinetry and interior details right down to the bed spreads and pillows, the third is the construction of the hull, decks and exteriors.  The model has hundreds of details including 215 operating light fixtures.

Most Loved
The hands down favorite is Toot-Toot.  Whether drawn to the whimsical look, the recollection of children’s book stories or the stories of towing a boat full of kids around Gull Lake, Toot-Toot makes visitors smile.  Modelers appreciate the details, the power of the model, and the skill that went into construction.  Everyone finds something to like in Toot-Toot.

Best Performance
The captain and crews of Toot-Toot and Nordkap are quite stern and focused on the task at hand.  The pilot of Rapture appears to be enjoying himself, I would be.  But there is definitely something going on on Gulfstreamer.  Every visitor sees a different story in the performance on the bridge deck, come and see for yourself.  The award goes to the couple on Gulfstreamer.

Technology Award
This is a tough one.  Dwight built his models to do things. In most cases that meant applying the technology of the day in ways that hadn’t been done before.  For example, Toot-Toot is powered by a motor from an aircraft fuel pump modified with water cooling and a gearbox, Gulfstreamer  has aircraft flap motors. Both have custom designed and built water-cooled electronic speed controllers.  So let’s look at the finalists.

Atlantic and Sirius for their sail trimming capability.  Atlantic has radio control of all seven sails.  That means there are seven sheets that need to be trimmed for every tack.  Below the deck is a maze of pulleys, lines, levers and a massive gear driven servo.  Sirius uses similar mechanics to control its three sails, a somewhat simpler arrangement.  So Dwight added the capability to raise and lower the sails by remote control.  He could motor out into the lake, raise the sails, cruise for a while then drop the sails and motor home.

The award goes to Nordkap for its 19 channel, 32 function custom built radio control system.  In addition to the normal speed and direction controls Nordkap has a working troll winch, walkie-talkie, working deck boom, the usual bells whistles and klaxons, plus a working water cannon and rocket launchers. 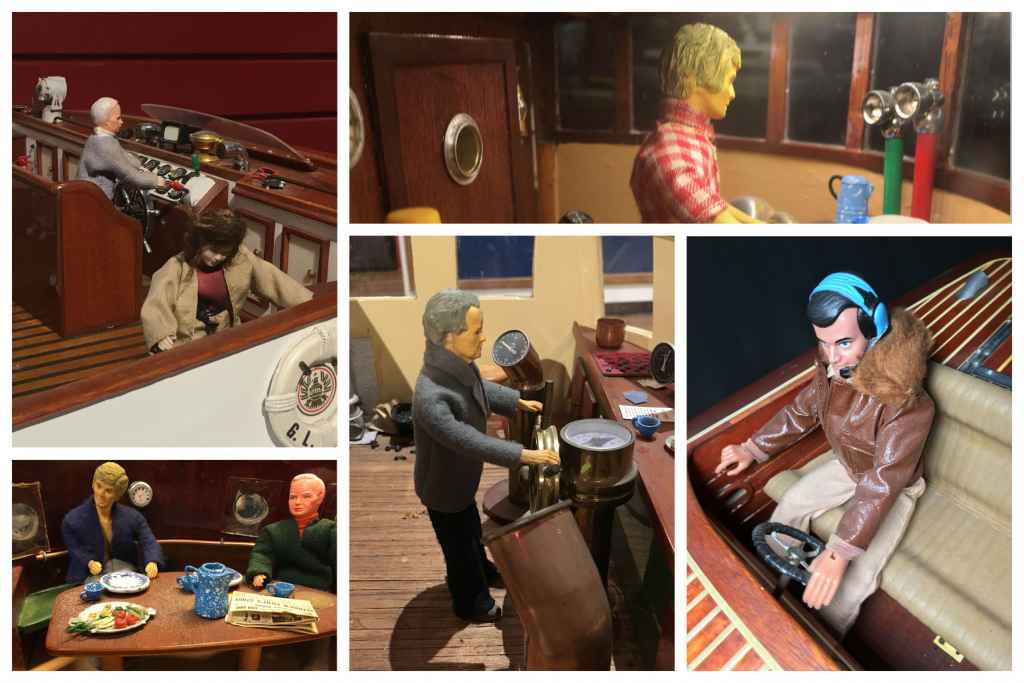